Some high rollers couldn’t help but miss the days when they could still spin the reels of a slot machine as many times as they wanted. Now that online casinos have become the platform of choice for gamers, video slots provide the same thrill as playing a traditional slot game.

Finding traditionally-designed online slots can be quite challenging, given that most providers release games that follow different themes. But once in a while, you will encounter a fruit-themed slot that will reawaken your longing for days past in a land-based casino. One such game is CherryPop Deluxe by AvatarUX.

CherryPop Deluxe is the sequel to the original CherryPop online slot developed by AvatarUX. The Deluxe version was released on June 1, 2022, and features a mainly neon and pink color scheme. CherryPop Deluxe has 486 ways to win on five reels. However, the number of rows could expand depending on the winning combination.

CherryPop Deluxe keeps everything traditional when it comes to its symbols. They are all presented in a comic-esque way. There are no wilds and scatter symbols in this game, but here’s what you can see while playing:

The low-paying symbols in CherryPop Deluxe are the playing card symbols from 9 to A. These symbols are presented in different colors and fonts. The 9, 10, and J pays a maximum of 1.2 times your bet, while the K, Q, and A symbols pay up to 1.6 times your bet.

The special symbols in this game are the icons that will remind you of a slot machine in most land-based casinos. Each symbol also has different payouts if you land five of them in a pay line. The watermelon and grapes, for example, payout up to 2.5 times your bet, while the cherry pays the highest five-of-a-kind reward at 15 times your bet. What makes CherryPop Deluxe better than traditional slot machines are the special features that give you additional rewards. Take a look at each of them:

This feature can be triggered by having your reels expand to up to six rows during the base game. More winning combinations will further expand your reels, up to nine rows high. Unlike the resetting of reels during the base game, the expanded reels do not revert to their original size before a free spin. If the reels expand to their maximum, two free spins are awarded.

This bonus is also available during the free spins round. The multiplier will be set at 2x but it can increase up to 4x if you manage to expand the reels for every free spin you get. An additional 4x multiplier will also be activated if the reels are fully expanded and you get another win.

What is The RTP of CherryPop Deluxe?

CherryPop Deluxe has an RTP of 95.96% which is slightly lower than the average online slot. However, the game makes up for it by introducing features that give substantial rewards. What is The Volatility of CherryPop Deluxe?

CherryPop Deluxe has a medium to high volatility, meaning you have to spin the reels a few more times than usual before you finally land a winning combination. Once you have triggered the bonuses, your bankroll will significantly increase.

What are The Minimum and Maximum Betting Limits for CherryPop Deluxe?

CherryPop Deluxe is an online slot that’s simple enough to play. The bonuses aren’t that rare, either, making it better compared to some traditional slot machines. See for yourself what rewards await you in this game, and relive the excitement of seeing fruits and lucky clovers in a digital setting. 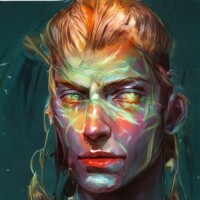 James is a technology enthusiast who loves to blog about the latest gadgets and read articles about the latest software developments. He's always keeping up with the latest trends and loves to share his knowledge with others. He's also an avid reader, and likes to relax by reading books on various subjects.